What Does 45Q Mean for CarbonTech?
The tax credits for carbon capture, explained
By Matt Lucas and Elizabeth Reali 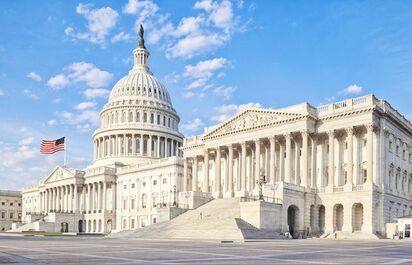 ​Over the last 20 years, a once eyebrow-raising technology has accelerated from the margins to the mainstream. We’re speaking, of course, about renewable energy. The story for carbon capture has looked a little different. Recently, advocates for the technology have been repelling waves of naysayers, all while holding out for a big break. For wind and solar, that break came in the form of federal tax credits in the 1990s that helped incentivize their use. Those investment and production credits also helped shift public perceptions, and adoption has since taken off.

Hope for carbon capture came in February of 2018, when the US put a new price on the technology. The changes were slipped into a spending bill to avert a government shutdown. In the ensuing weeks, news stories churned out a few refrains: the coalition backing the bill was unusually broad (true), the technologies in question are expensive and unproven (mostly true), and the tax credits will hopefully do for carbon capture what those other ones did for renewable energy (fingers crossed). The bill also triggered some initial enthusiasm over the unlikely truth that a tax policy enacted during the Trump presidency could help address climate change. But the excitement has since died down, and the slow work of project development has begun. For this work to really take off, industry and civil society need to understand the actual mechanics of the credit - not just the general, long-term predictions. A closer look at the tax credits should help clarify just how they work and what they’re poised to do. ​ 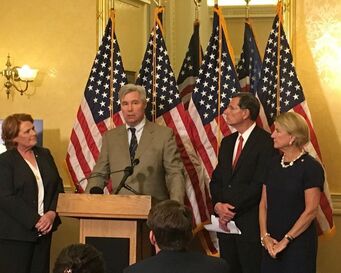 U.S. Senators Heitkamp, Whitehouse, Barrasso, and Capito introduce the FUTURE Act, the bill containing the legislative text for reforming the 45Q tax credit.
​
​So, what happened?

​In 2014, a group of lawmakers, led by Sen. Heitkamp (D-ND), began efforts to reform the tax credit. Known as “45Q” for where it lives in the tax code, the earlier version was intended to facilitate two types of carbon capture: enhanced oil recovery, in which carbon dioxide is pumped into aging oil reservoirs to recover more oil, and underground storage. Back then, credits came in at $10 and $20, respectively, with a cap at 75 million tons of CO2. This last proviso had unintended consequences. With construction for carbon capture projects taking a while to ramp up and costs typically running high, the cap did not provide enough long-term financial certainty: it was unclear if credits would continue to flow once a project was underway. In light of this and other short-sighted features, credits could not be easily transferred, while their small value didn’t exactly tip projects into the black, the credits did little to spur adoption.

The push for reform entered a new phase in 2016 with the introduction of the Carbon Capture Utilization and Storage Act. It did away with the cumulative cap on credits in favor of a defined time period for claiming them. The bill re-appeared in 2017, now called the FUTURE Act (Furthering carbon capture, Utilization, Technology, Underground storage, and Reduced Emissions Act). The acronym stuck, but the bill didn’t advance until it was rolled into the Bipartisan Budget Act of 2018, a must-pass bill to prevent a shutdown. To casual observers, the provisions of the FUTURE Act might have seemed last minute and the mixed backing unexpected. In reality, its successful passage largely owed to the continuous advocacy of the Carbon Capture Coalition. This coalition of organized labor, coal companies, oil companies, and environmental groups was able to effectively message to both political parties. When the ink dried, the bill had 24 co-sponsors in the Senate.

Here’s what you should know
​
Headlines have focused on the increased tax credit value, but the reform is much more comprehensive. The original credit failed only in part due to its low credit value: the cap created financial uncertainty, and the lack of transferability made it difficult to monetize for entities without tax liability. Here are seven characteristics of the tax credit critical to understanding how it will be used in the future:

This article is part of a Carbon180 series on the legislative landscape of carbontech, a class of products and services that convert waste carbon into a variety of products using processes that create fewer emissions than standard alternatives.

This article also appeared in Medium. ​