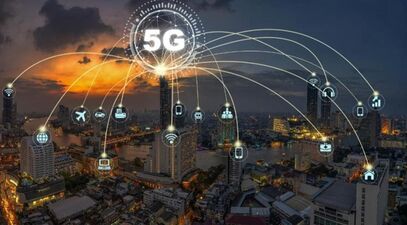 The race to 5G is on and America must win,” President Donald Trump said in April, 2019. For political purposes, that “race” has been defined as which nation gets 5G built first. It is the wrong measurement. We must “fire first effectively” in our deployment of 5G. Borrowing on a philosophy Admiral Arleigh Burke coined in World War II: Speed is important, but speed without a good targeting solution can be disastrous.

​5G will be a physical overhaul of our essential networks that will have decades-long impact. Because 5G is the conversion to a mostly all-software network, future upgrades will be software updates much like the current upgrades to your smartphone. Because of the cyber vulnerabilities of software, the tougher part of the real 5G “race” is to retool how we secure the most important network of the 21st century and the ecosystem of devices and applications that sprout from that network.

​Never have the essential networks and services that define our lives, our economy, and our national security had so many participants, each reliant on the other—and none of which have the final responsibility for cybersecurity. The adage “what’s everybody’s business is nobody’s business” has never been more appropriate—and dangerous—than in the quest for 5G cybersecurity.
HYPERFOCUS ON HUAWEI

Effective progress toward achieving minimally satisfactory 5G cyber risk outcomes is compromised by a hyperfocus on legitimate concerns regarding Huawei equipment in U.S. networks. While the Trump administration has continued an Obama-era priority of keeping Huawei and ZTE out of domestic networks, it is only one of the many important 5G risk factors. The hyperbolic rhetoric surrounding the Chinese equipment issues is drowning out what should be a strong national focus on the full breadth of cybersecurity risk factors facing 5G.
Such a review of 5G cyber threat mitigation should focus on the responsibilities of both 5G businesses and government. This should include a review of whether current market-based measures and motivations can address 5G cyber risk factors and where they fall short, the proper role of targeted government intervention in an era of rapid technological change. The time to address these issues is now, before we become dependent on insecure 5G services with no plan for how we sustain cyber readiness for the larger 5G ecosystem.

There are five ways in which 5G networks are more vulnerable to cyberattacks than their predecessors:
Fifth-generation networks thus create a greatly expanded, multidimensional cyberattack vulnerability. It is this redefined nature of networks—a new network “ecosystem of ecosystems”—that requires a similarly redefined cyber strategy. The network, device, and applications companies are aware of the vulnerabilities and many are making, no doubt, what they feel are good faith efforts to resolve the issues. The purpose of this paper is to propose a basic set of steps toward cyber sufficiency. It is our assertion that “what got us here won’t get us there.”
The above excerpt is reprinted from the original article by Brookings.