California's Oil Hypocrisy
by Robert Rapier
Tensions are running high after Iran shot down an unarmed U.S. drone in the Strait of Hormuz between the Persian Gulf and the Gulf of Oman. The Strait of Hormuz is critically important to the world as one of the most important choke points for oil transport. A country controlling the Strait of Hormuz could stop much of the flow of oil out of the Middle East, causing shock waves to the global economy.

Why, given the surge of oil production in the U.S., are we so concerned about the flow of oil through the Strait of Hormuz? It may surprise many that California is a big reason.

California is well-known for its progressive policies. The state has waged an aggressive campaign to move away from fossil fuels. One of the consequences of this campaign has been a steady decline in California's oil production. 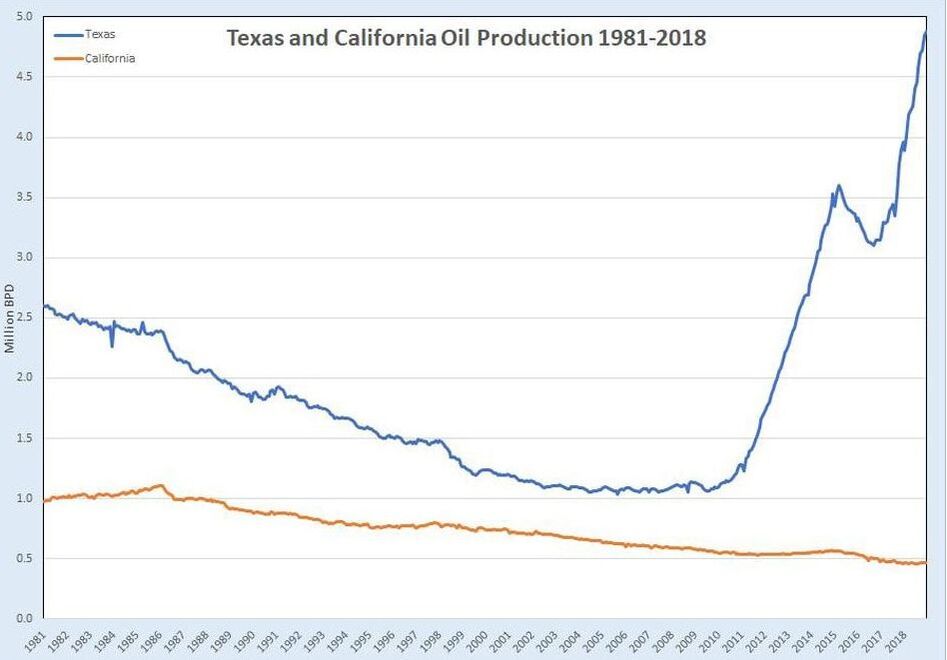 The Law of Unintended Consequences

But why do we care? After all, there's nothing wrong with drilling less as long as California is cutting its consumption. Except it isn't. Despite an aggressive campaign toward electrifying California’s infrastructure, petroleum use in the state has increased. According to data from the California state government, gasoline sold in California increased from 942,000 barrels per day (BPD) in 2012 to over 1,012,000 BPD in 2018, an average annual increase of 1.2%, The increase in diesel sold was even greater - averaging a 2.9% average annual increase over the same period. 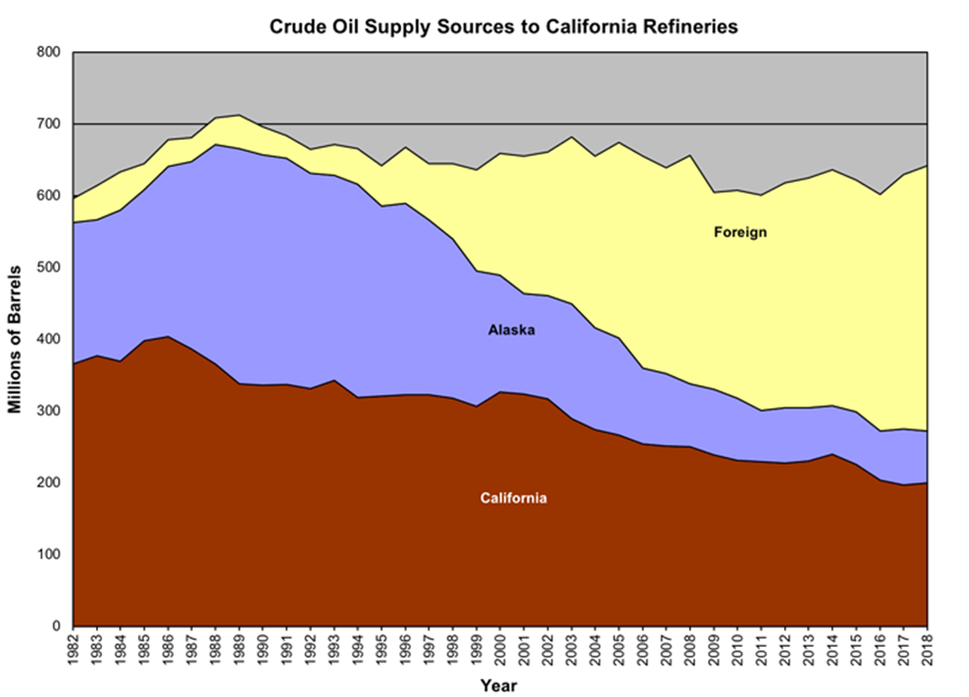 Of course, should California's war on oil begin to reduce the state's oil consumption, the picture will begin to change. But at present, California’s significant dependence on the Hormuz transportation route puts the state at risk for supply disruption. This is a national security issue as California is the most populous state. This national security issue puts American interests in danger and furthers tensions in the region.

As a result, while much of the U.S. has become far less dependent on foreign crude oil, California remains at the whims of foreign powers. This vulnerability is a big reason the U.S. reacts to defend supplies that move through easily attacked shipping routes. If California fights against oil producers in its own state -- but doesn't reduce demand -- that oil will come from somewhere else. And that "somewhere else" may not have the same human rights protections or environmental protections as California.


The original story is republished with permission.

About the author:  Robert Rapier is a chemical engineer and has 25 years of international engineering experience in the chemical, oil and gas, and renewable energy industries, and holds several patents related to his work. He has worked in the areas of oil refining, oil production, synthetic fuels, biomass to energy, and alcohol production, and currently serves as Director of Engineering for Arizona-based ZHRO Power.