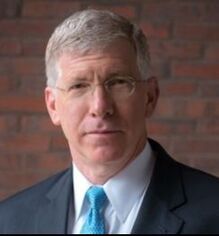 Daniel Poneman, former U.S. Deputy Secretary of Energy and the current President and CEO of Centrus Energy Corporation, offered his solution to addressing the gigaton problem of climate change: increase world electricity generation by 100 percent while reducing emissions from electricity generation by almost 100 percent, all within the next thirty years. Using California as a pertinent example, Poneman spoke of the difficulties of wide-ranging renewable energy, noting how it is impossible to achieve these targets without the use of nuclear power.

On an international scale, Poneman argued the necessity to uphold the foundational principle of U.S. nuclear diplomacy; that by supplying the fuel and technology necessary for global nuclear use, the U.S. can set the ground rules for their peaceful implementation. Poneman skillfully crafted his argument from a historical perspective, noting how President Dwight Eisenhower’s nuclear policy model still applies today, for example.
Poneman, a former public servant, understands what must be done in order to assure the public (and to some extent, the world) that nuclear power can, and should, be used to combat climate change and reduce the risks of terrorists using nuclear weapons. Put simply, people need to be convinced that both concerns are a reality. Although Poneman has published a book on the subject (Double Jeopardy: Combating Nuclear Terror and Climate Change), a wide range of proponents from both sides of the political aisle must endorse this view for it to be widely advocated for in the American polity.