What Would Jefferson Do?
​The Historical Role of Federal Subsidies In Shaping America's Energy Future
by Nancy Pfund and Ben Healey
From land grants for timber and coal in the 1800s to tax expenditures for oil and gas in the early 20th century, from federal investment in hydroelectric power to research and development funding for nuclear energy and today’s incentives for alternative energy sources, America’s support for energy innovation has helped drive our country’s growth for more than 200 years.
We can read the history of the United States—our country’s geographic and economic expansion—through the history of our energy production and consumption. Through war and peace, through westward expansion and our rise to economic and military superpower status, we find that energy transitions fueled it all. Wood and small hydro powered our country’s early, rural days. As cities expanded, railroads crisscrossed the nation, and the Industrial Revolution took hold, coal dominated. With the invention and improvement of the internal combustion engine, oil catapulted into our preeminent fuel. Large hydro became a reality thanks to Depression-era initiatives that have continued to drive economic development programs across the country decades later, followed by nuclear power on the heels of World War II. And today, in pursuit of greater energy security, enhanced environmental quality and economic growth on a globalized playing field, renewable energy sources are transitioning from the margins to the mainstream. Our wealth and our energy usage are intimately intertwined. 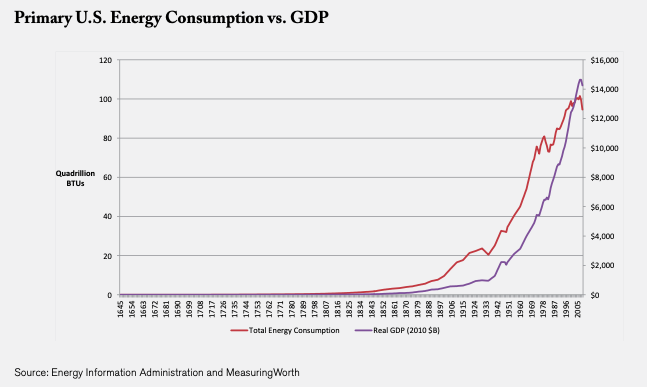 Energy innovation has driven America’s growth since before the 13 colonies came together to form the United States, and government support has driving that innovation for nearly as long. States have also contributed to the American energy narrative throughout our history, from the support of coal in the 19th century to incentives for renewable energy production 200 years later.

Timber and Coal in the 19th Century

Although we think of today’s subsidies in terms of tax policy, government research and development initiatives, or direct spending on behalf of an industry, the 19th century had its own vehicle of public support: land. From the Preemption Act of 1841 to the Homestead Act of 1862 to the Timber and Stone Act of 1878, it was official policy of the early U.S. government to make land grants to its citizens at below-market prices in order to encourage settlement, expansion, and economic development. Rather than actual land, though, government policy took the form of distributing warrants for land ownership, which industry representatives often purchased at a discount. According to one historian:
Federal protection was critical in the coal industry’s early days, but the real action was at the state level. After the discovery of anthracite in Pennsylvania, state officials exempted anthracite from taxation, provided incentives for smelters to promote its use, and publicized its advantages within and outside the state. Even more important than the industry’s exemption from taxation was the state’s use of corporate charters to encourage new production. What began in Pennsylvania quickly spread:
Early support for coal only grew as technology helped drive further demand for the fuel. It almost goes without saying, of course, that the transportation network created by the railroads would never have been possible without the same kind of federal land grants that so benefitted the timber industry. Any proper accounting of early government support for the coal industry must factor in these grants, which served to promote an exponential increase in coal consumption nationwide.

Along with these charters, legislatures granted special rights to railroad companies that allowed them to vertically integrate so as to drive further coal production. In 1861, for example, “Pennsylvania granted railroads the ability to purchase the stocks and bonds of other corporations, a valuable concession they previously had been denied.” [Op. cit. Adams] In 1869 the legislature made explicit its intent in the 1861 bill by clarifying the right of railroad companies to invest in coal-mining corporations.

​Since the end of the Civil War / Reconstruction Era, tremendous subsidies have continued to flow to the coal industry. Suffice it to say, domestic coal did not arrive on the scene as a mature, low-cost and competitive fuel source. Rather, government support over many years helped to turn it from a local curiosity in Schuylkill County, Pennsylvania into the dominant fuel source of its time.
Excerpted with permission from the original article.