The Geopolitical Implications of the Global Energy Transition
​by Simone Tagliapietra
​Since the First World War, oil has undoubtedly been the cornerstone of global energy geopolitics. The decision of the then First Lord of Admiralty Winston Churchill to change the fuel source of the Royal Navy warships from coal to oil, in order to make the fleet faster than its German counterpart, marked the opening of a new era. The shift from secure coal supplies from Wales to uncertain oil supplies from what was then Persia, has led to the Middle East becoming an important epicenter of global geopolitics and to oil becoming a key issue for national security.

Since the second half of the 20th century, control of oil resources has played a central role in several wars, such as the Biafra War (1967-1970), the Iran-Iraq War (1980-1988), the Gulf War (1990-1991), the Iraq War (2003-2011) or the conflict in the Niger Delta (ongoing since 2004). During these decades, tensions between oil-producing and oil-consuming countries increased, culminating in the oil crises of 1973 and 1979. As a result of these events, in 1980 the price of oil stabilized at $32 per barrel, a level ten times higher than before 1973. Geopolitical tensions linked to oil continued in the following decades, as shown by the Iraqi invasion of Kuwait in 1990, which led in just a few months to a doubling of the oil price – a trigger for the American economic recession of the early 1990s.
"If the global energy transition were to take place more quickly than expected, and if these countries were to remain unprepared, the consequences could be serious from both the socio-economic and geopolitical points of view."
​It should also be remembered that in some areas of the world, such as Europe, another fossil fuel has played and continues to play a very important geopolitical role: natural gas. In Europe, natural-gas markets have developed since the 1960s on the basis of large pipelines built to connect Russia and other producers such as Norway and Algeria with the main European markets. This situation has led to Europe’s strong dependence on Russian natural gas supplies. If for many years – even in the middle of the Cold War – this situation did not raise geopolitical concerns, it began to be considered one of the main geopolitical threats to Europe between 2006 and 2009, when gas pricing disputes between Russia and Ukraine led to the interruption of Russian natural-gas supplies to Europe through Ukraine itself. These events brought natural gas to the top of the list of geopolitical risks for Europe, and led to the formulation of a European strategy for diversification of natural-gas supplies, of which the currently under-construction Southern Gas Corridor linking the Caspian region to Europe via Turkey is the clearest example. 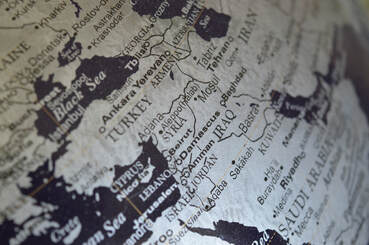 ​But if for more than half a century oil and natural gas have been at the heart of the geopolitics of energy, it is sensible to investigate if and how this will change as a result of the global energy transition, a process driven by decarbonization policies and by quick developments in renewable energy technologies and electric cars.

​The Paris Agreement marked an important step forward in global efforts to respond to the challenge of global warming. For the first time, developed and developing countries have committed themselves to act to limit the increase in the average global temperature to well below 2°C compared to pre-industrial levels. This reinforces the decarbonization measures already in place in several parts of the world, primarily in Europe. Meanwhile, technological advances have increased the competitiveness of solar and wind energy technologies, batteries and electric cars. The convergence of these two elements has already begun to reshape the global energy system. But what will be the consequences of these developments on the geopolitics of energy?
​As far as energy-importing countries are concerned, the consequences will certainly be positive. In these cases, as imports of oil and natural gas will decrease, both their ‘national energy bill’ and the associated geopolitical risks will decrease. Countries that are able to innovate more in renewables, batteries and electric cars will also be able to reap the industrial and economic benefits of this transition, generating jobs and economic growth.

But of course, the energy transition will also see the emergence of new geopolitical challenges.

First, the global energy transition represents a challenge for oil- and gas-producing countries, and in particular for those with a less diversified economy more dependent on oil revenues. This is the case for many countries in the Middle East and north Africa which, despite the adoption of elaborate strategies for economic diversification, have not really made much progress in this direction. If the global energy transition were to take place more quickly than expected, and if these countries were to remain unprepared, the consequences could be serious from both the socio-economic and geopolitical points of view.

Secondly, the spread of renewable energies will increase electrification and stimulate cross-border trade in electricity. Energy sources such as solar and wind require flexible energy systems that can cope with the variability of weather conditions. Smart electricity grids will therefore play an increasingly important role in mitigating this variability and ensuring system stability. The digitization of electricity grids clearly presents security risks, as terrorist groups or hostile countries could seek to either enter the systems to extrapolate information, or to disrupt them to cause economic and social damages.

Thirdly, it is important to stress that the rapid development of wind and solar energy, together with that of electric cars, raises concerns about the security of supply of the minerals needed to manufacture them. These concerns have also developed following events such as those of 2008, when China imposed a limit on the supply of rare earths – of which it holds a large part of the global production – to foreign buyers, leading to panic in the markets and a very rapid increase in prices. Another case was the ‘cobalt crisis’ of 1978, following the outbreak of a conflict in the province of Katanga – the heart of world mineral extraction – in what was then called Zaire. The crisis caused a global shortage of cobalt, driving the international price of the mineral to the sky. It is clear that if something like this were to happen in the future, the consequences for the production of electric cars would be important. Cobalt is, in fact, a key component of their batteries. These are just examples of how the minerals at the heart of the energy transition will carry their own geopolitical risks, just as oil and natural gas have had theirs.

The global energy transition will not, therefore, lead to the end of the geopolitics of energy, but rather to its transformation, which will see, as in any revolution, both winners and losers. On the one hand, it will strengthen the energy security of most of the countries currently importing oil and natural gas, promoting job creation and economic growth in those who will be able to seize the industrial opportunities of this development. On the other hand, it will create inevitable elements of instability in oil- and gas-exporting countries, which will have to reinvent themselves to keep developing in the new energy era, and new security risks linked to electricity grids and minerals.

Despite these challenges, the global energy transition certainly puts the world in the right direction, namely to respond to what many already define as the main geopolitical risk of the 21st century: climate change.
This article was originally published by Bruegel.