A sinister reality emerges when a foreign terrorist group claims that the city is under siege from cyberspace.


Although digital connectivity has made our infrastructure more efficient, it has made it more vulnerable to attack. As a result, infrastructure resilience is more critical today than ever before. Cyber attacks rarely affect a single target, instead their effects, anticipated and unanticipated, ripple across interconnected infrastructure sectors. Differing abilities to recognize a cyberspace attack, limited information sharing, varying defense capabilities, and competing authorities complicate the response. These gaps in cybersecurity leave our Nation vulnerable to exploitation by a determined adversary. 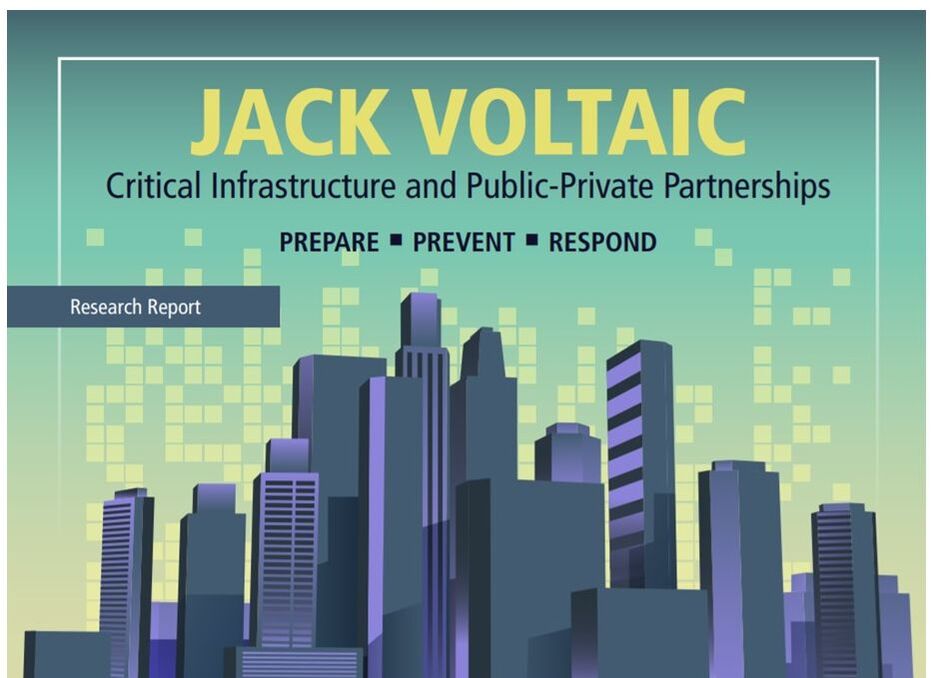 The Jack Voltaic Cyber Research Project is an innovative, bottom-up approach to developing critical infrastructure resilience. Developed by the Army Cyber Institute at West Point, the program was launched in order to conduct real-life, real-time and real-analysis of cybersecurity and protection gaps. The first iteration, Jack Voltaic 1.0, took place in New York in 2016. The second iteration, Jack Voltaic 2.0, was hosted by the city of Houston, TX in 2018. The Army Cyber Institute then launched programs in multiple port cities on the East and West Coasts of the U.S., and the findings from all of these workshops will inform a larger and much more ambitious Jack Voltaic 3.0 activity in 2020.
Findings and Recommendations

Finding #1: Growing physical and cyber risk to cities requires a different framework for risk mitigation, due to current frameworks being inadequate to meet the changing and growing threat to urban communities. For the Nation to defend itself, US cities need an adaptable and scalable model to improve the cybersecurity posture. A bottom-up approach is required to integrate a risk-management framework that is replicable and adaptive to the rapidly evolving threat to urban communities.

Cyber attacks can quickly overwhelm unprepared governments, in light of their limited resources. According to a 2016 cyber security survey, only 33% of local governments had a formal, written cyber incident response plan. In February and March 2018, ransomware attacks seriously impacted online services in Atlanta, 911 dispatch services in Baltimore, and government networks in Davidson County, NC. This demonstrated the need for increased preparedness.

Recommendations:
Finding #2: The U.S. military and its allies are dependent on civil and commercial infrastructure. US infrastructure requires greater protection due to its vulnerability to sophisticated physical and cyberspace attacks.

For example, the Major General Tim Lowenberg National Guard Cyber Defenders Act has been proposed to create National Guard Civil Support Teams that serve at the discretion of state governors . If passed, it may provide a mechanism and funding to assist local authorities in establishing these teams, to bridge federal and non-federal response efforts during cyber incidents.

As an example, the State of Connecticut issued the Connecticut Cybersecurity Strategy in 2017 and the Cybersecurity Action Plan in 2018. The plan includes sections for state government, municipal governments, business, higher education, and law enforcement to address the following goals: cyber literacy, preparation, response, recovery, communications, and verification. In addition, other states (e.g. California, Maryland, Michigan, New Jersey, New York, Texas, Virginia and Washington) have also emerged as leaders within the cybersecurity realm, setting examples for other states to follow.

Recommendations:
Over the last year almost all utility Chief Information Officers and
Chief Security Officers surveyed felt that cybersecurity threats have increased.
​
There is also decreasing confidence that the systems they have in place to control cyber threats can do the job.
​
Finding #5: Policy and legal authorities at the federal and state levels do not sufficiently empower cities to respond to cyber incidents. Policies and authorities need to be reviewed and adjusted to better help cities defend against sophisticated physical and cyber threats. Currently, the exploration of cyber mutual assistance is only practiced within the energy sector.

In the course of the legal and policy TTX, key issues and shortfalls in current Defense Support to Civil Authorities surfaced. Additionally, the panel found policies were inadequate (e.g., cyber mutual assistance through National Guard and industry sectors across state lines). Additional progress is needed for continuously assessing comprehensive physical and cyber risk to cities and military installations.

The private sector is frequently targeted by adversaries looking to profit from breaches. These attacks can result in a significant loss of business intelligence and intellectual property; therefore, establishment of a public-private partnership and increased regulation is essential. In addition, profit is not the only motive, as evidenced by the misinformation campaign during the 2016 U.S. presidential election and the Sony Pictures cyberspace attack. The private sector has incentives to cooperate with public and other private sector companies in the name of increased security.

Recommendations:
AES is pleased to provide Premium Members access to a true and correct copy of the full report.

Published with permission from the Army Cyber Institute at West Point.