Pebbles, Sponges and Fans Oh My!
by Elizabeth Duff, ​Senior Editor, American Energy Society
Three seemingly simple projects come to mind: using the power of ocean waves and volcanic pebbles to remove CO2 from the atmosphere; capturing carbon with roadside filtration fans; and using sponges to soak up greenhouse gases before they do their dirty work. 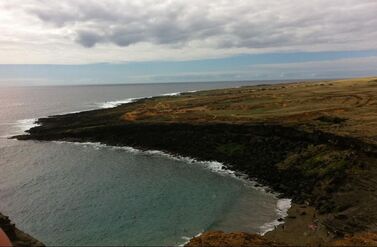 San Francisco entrepreneur Eric Matzner, a self-proclaimed “climate defender, biohacker & futurist,” is the man behind Project Vesta’s scheme to use volcanic rock to sequester carbon and reverse ocean acidification, a primary causes of global warming and a threat to coral reefs.

​​Matzner and his science advisor, Francesc Montserrat, an environmental engineer in the Netherlands, are trying to raise the capital to quarry the volcanic stone, olivine, commonly known as the gemstone peridot. The rock will be mined close to high-wave tropical coastlines, crushed and turned into pebbles. When the green gravel is mixed with fast-moving ocean waves — a process known as “weathering” — the reaction changes CO2 into bicarbonate. That in turn deacidifies the water while sequestering the CO2. Their project motto: “Turning the tide on climate change with green sand beaches.” It doesn’t exactly roll off the tongue, but the idea appears to have merit. Matzner links to dozens of studies from around the world to back up his theory that 1 ton of weathered olivine removes 1.25 tons of carbon dioxide from ocean waters.  “We’re accelerating Earth’s natural process of carbon renewal,” Matzner told the San Francisco Chronicle in December while promoting his project at the American Geophysical Union. “In the grand scheme of things, we are putting the carbon in the atmosphere back into rock.”


​​Not Your Grandma’s Kitchen Sponge 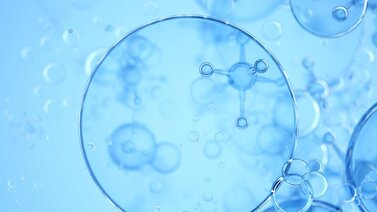 A sponge to soak up CO2 is in the works
Another seemingly outlandish idea germinating in the San Francisco Bay Area—using sponges to soak up carbon dioxide—is not as crazy as it sounds. The technology is so promising it has the backing of ExxonMobil, the U.S. Navy, NASA and the Department of Energy.

​Mosaic Materials, a small Alameda-based company, has developed metal-organic frameworks, a class of highly porous, crystalline solids that serve as heavy duty sponges. The materials have an extremely porous surface to adsorb large volumes of CO2 while using less energy. Not absorption as in sponges and liquids, but adsorption — a process in which atoms, ions or molecules from a gas are made to adhere to a surface. They’re not really sponges. They’re more like tiny pellets that adsorb carbon dioxide from emission sources.
The technology, which Mosaic Materials notes was originally developed at UC Berkeley, can be used to separate CO2 from nearly any gas mixture. Ultimately, it could be applied to huge industrial sites and power generation facilities to capture CO2 directly out of the air. ExxonMobil was so impressed by the technology that it entered into an agreement with Mosaic Materials last August to explore what it called a breakthrough technology. “Adding Mosaic’s approach will allow us to build on their work to evaluate the potential for this technology to have a meaningful impact in reducing carbon dioxide emissions,” said Vijay Swarup, vice president of research and develop for ExxonMobil Research and Engineering Company.
​

​Another Roadside Attraction
​Cars and trucks are the major contributors to air pollution. The World Health Organization estimates that 7 million people are killed worldwide from air pollution and that nine out of 10 people breathe air containing unhealthy levels of pollutants. “ Although we are moving to a fully electric world in the future, in terms of automotive, in the interim we still have a lot of fossil-fueled vehicles driving around on roads, polluting streets and effectively killing people,” Delgado told Reuters in an interview last November. He said the filtration devices are due to be piloted in London at about $100,000 each.
That sense of urgency is exactly what’s needed to inspire the earthshots that just might stick.